Nightmare end to a Whirlwind Week

Wow. Yesterday’s Super Sunday was a day of sport that would have warranted a national holiday, had Sunday not already been designated as a day of rest for most of the western world.  Messi putting Neymar in his place, Villa unable to defend corners, Phil Jones showing a good turn of foot but a suspect temperament in front of goal, City responding to United’s lunchtime pressure in a way befitting the champions elect.  Add to that Big Buck’s performance on Saturday, Raya Star franking Rock on Ruby’s form over hurdles and RVB crashing out of the PDC last night, and it’s been a weekend for sports fans to savour.
Unless you were laying bets on the exchanges that saw you in this position by Sunday night:
I am deliberately looking back over the past 30 days rather than the past 24 hours – I’d like to think this is because I take a long-term view of my trading and focus on moving averages rather than short-term fluctuations. The truth is I daren’t look at my isolated weekend P&L for fear that it may result in my Christmas having an outlook of pessimism similar to that of a battery turkey. 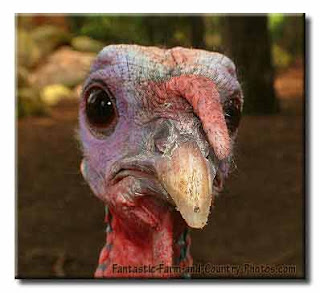 The Australian wallet returned just over a ton of profit thanks to IJP prevailing down under, returning some solace off a £17 stake at just a couple of points shy of 9-1 but that has done little to lift my spirits during this supposed time of good will to all men.
I have, however, got some bets on for the yuletide period, and I want to carry on testing my hypothesis that you see a higher than average number of red cards in mid-week televised football matches played under poor weather conditions featuring teams at opposite ends of the skill spectrum or with something significant to play for.  My optimism for profit has been boosted by this schedule of televised fixtures:


The odds offered against a sending off in those matches are all between 3/1 and 5/1, and as such, I will be looking closely at tonight’s match.  Crystal Palace and Birmingham have just one red card between them so far this season and are separated by just one place and one point in the league so far this season.   Birmingham’s sole sending off came, however, in a match away to Cardiff, who are above them in the Championship and will have tested their defence enough to draw Curtis Davies into a last-man challenge that denied Kenny Miller a goalscoring opportunity [despite replays proving the decision made by referee Anthony Taylor to be incorrect].

Whether or not Crystal Palace’s attack will cause the same problems is a moot point.  A swift glance at the prowess of these teams in front of goal does not reveal a potent strike rate for either side and a red card is currently trading at fairly priced 9/2 on Betfair.
http://www.football-league.co.uk/page/ClubShooting/0,,10794~20117,00.html

Might leave this one alone and wait for some more clear indicators in the other mid-week fixtures.  The biggest danger after a weekend of losses like I’ve just had is to dive straight back in... isn’t it?!

Finally, thanks to radio 5 Live, who had me on their racing show last week - it was an honour to be on the airwaves amongst such exalted company as Cornelius Lysaght and Mick Fitzgerald with Mark Pougatch.  Thanks also to Chris Graham and the www.sportingbet.com podcast boys for the plug - looking forward to more media appearances in the new year!